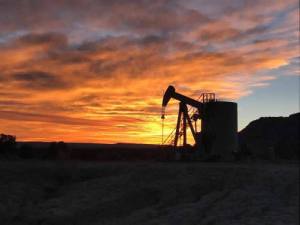 The family of James (Jim) Murray Phillips sadly announce his passing on January 6th, 2021 at the age of 67. Left to cherish his memory are his sisters Diane (Gene) Aulinger, Karen (Brian) McConnell,  and his nieces and nephews.

Jim was born at Portage La Prairie, Manitoba, to Murray and Thelma (Cannon) Phillips. The family relocated to the farm near Beadle, Saskatchewan when Jim was a baby and he spent his early years on the farm, later moving to Kindersley.

He played football for the KCS Kobras starting a life-long love of football. He started work in the oilfield on service and drilling rigs in the Coleville Smiley fields and from there moved to work for Nowsco oil well service based out of Kindersley. He started out as a truck driver on cement units, working his way up to running cement and frac units on deeper operations over in Alberta.

When the endless coiled tubing units were invented Jim gravitated to them and started running deep coil units all over Alberta and BC eventually was posted overseas in Singapore. He ran coil on some of the deepest high pressure wells in the China Sea and from there was sent to Denmark and Norway running coil on long laterals in the North sea.

Jim returned to Canada in the mid-1990’s after heart health issues prevented further overseas employment opportunities. He bought a Harley Davidson and made the biker run to Sturgis, South Dakota often. In Jim’s opinion a Harley was the only real bike.

In September 1998, Jim and a friend were on a night bike run near Bragg Creek, Alberta when a car forced Jim off the road, causing him to crash & sustain a traumatic brain injury. He was airlifted by the STARS ambulance helicopter and taken to the Foothills Hospital ICU.  He spent 6 months at Foothills Hospital & the Brain Injury Rehab Centre in Calgary before returning home to Kindersley.

Prior to his accident, Jim was extremely well-read and had an amazing memory & vocabulary - he retained the vocabulary. He was aware of his deficits and summed it up by saying “I used to be the dumb guy in the smart row and now I’m the smart guy in the dumb row”. He never lost his wit or humour, and had a quip for every occasion. Over the years, he continued to make progress and he regained much of what he had lost. He thoroughly enjoyed the remaining years of life - riding his Segway,  cheering for the Saskatchewan Roughriders, the Jets and the  love of his life, the Blue Jays. Every Spring he would put on his Jays cap and say “This is the year.”

Well, this is the year.