Share a memory
Obituary & Services
Tribute Wall
Donations
Read more about the life story of Ann and share your memories in the Tribute Book.

Ann Besharah passed away peacefully and surrounded by her family at the Heritage Manor in Kindersley on Saturday, November 19th, 2022.  She was 93 years of age.  In 1929, Ann was born just south of Beirut in the small mountain village of Kfarmichki, a beautiful land renowned for its olives and grapes. Ann was always extremely proud of her Lebanese heritage.  She was predeceased by her beloved husband, John Besharah, by her parents, Niffagi and Abdullah Saikaley, by her sister Selma, and her brothers: Elias, Touffic, and Diab. Ann is survived by her sons, Jim and Ken, her daughter-in-law, Candace, her grandchildren: Ocalla Besharah (Brennan Elliott), Katie Besharah (Connor Gillott), Kasim Besharah, and Madaline Deagle (Aaron) and her great-grandchildren, Seth and Carter Elliott. She is also survived by two sister-in-laws, Jameli and Linda and numerous nieces and nephews. In 1949, Ann immigrated to Canada, first living with her aunt in Montreal for three years, before eventually settling in Ottawa with her brothers and their families.  In Ottawa, Ann and her brothers developed a keen interest for entrepreneurship and the restaurant business.  Ann and her brother, Diab, worked diligently at the Saikaley Grill in the now well-known quarter of Byward Market in the center of Ottawa’s tourist district. Ann was no stranger to hard work and the long hours at the family restaurant only refined her skills in the kitchen.  As all can attest, she was a master in the kitchen. Many residents from Ann’s village of Kfarmishki immigrated to the city of Ottawa, in Canada in the 1930s, 40s, and 50s. These connections were important because in 1960, Ann met and married John Besharah who had similar ties to the same village in Lebanon and had friends and relatives in Ottawa.  After marriage and children, John brought Ann to Kindersley, Saskatchewan, in western Canada where he was already an established farmer along with his father.  In Kindersley, John and Ann raised their two sons, Jim, and Ken. Truly these boys were the light of Ann’s life, and for both parents, family was everything. Ann was a continued and constant support to John’s farm operations.  She was a homemaker and had many of her own talents that she brought to the community. Ann took great pride in her garden, she knit blankets and scarves for everyone, and was a master chef, extraordinaire.  Ann will be remembered for hosting large dinners, celebrations, and parties, and treating every child in town, like her own. After John’s passing in 1986, Ann reignited her passion for the restaurant business.  Ann enjoyed her employment at The Homesteader restaurant and the Venice House where she worked until retirement.  In her later years, Ann’s greatest pride, of course, was her grandchildren.  She played an integral role in raising each and every one of them.  Unfortunately, after a hip fracture in 2014, Ann had to move permanently from her family home to the Heritage Manor in Kindersley. Our family will be forever grateful for the kind and caring staff at the Manor who watched over her these past eight years.  Ann will be forever missed and remembered by all of those who knew her. 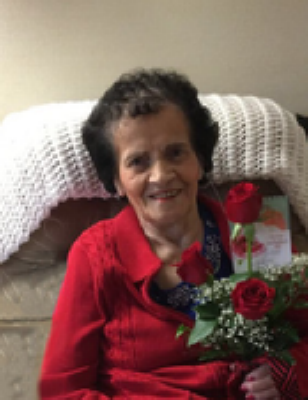 In Loving Memory Of

Look inside to read what others have shared


Family and friends are coming together online to create a special keepsake. Every memory left on the online obituary will be automatically included in the book.

A Charity of the Donor's Choice